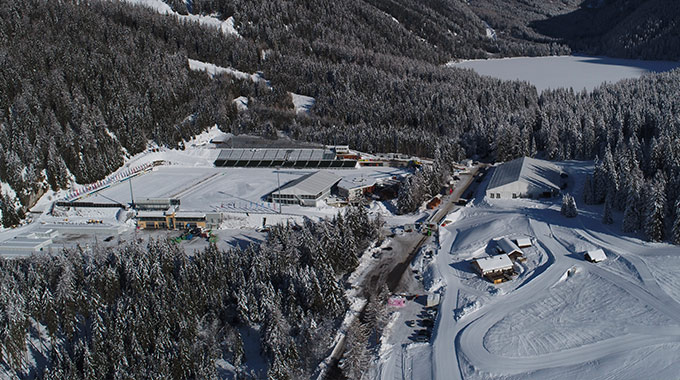 Surrounded by an uncontaminated alpine landscape, the Arena Alto Adige (Südtirol Arena), in Rasun Anterselva, in Bolzano, is one of the world’s temples of biathlons. Since 1975, it has hosted several World Cup races and two World Championships. On its 20 km of slopes of various levels developing around the Biathlon Stadium, athletes and enthusiasts, in general, can train in winter and summer with roller skiing and preparing at high altitudes.
The first Olympic Biathlon competition will be held on February 8, 2026, with a gold medal to be awarded immediately on Mixed Relay.