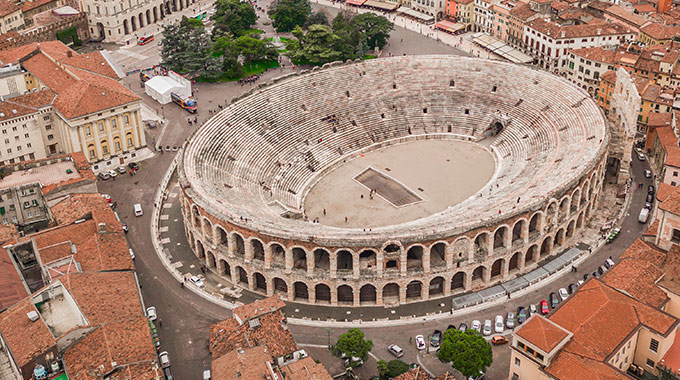 The Verona Arena is the monument that more than any other remembers the Roman origins of the city and is also its symbol all over the world. The amphitheater originally had a capacity of 30,000 spectators, but thanks to the presence of entrances on several sides, the public came and went without traffic jams. Today it contains about half, or 12,000, also for safety reasons. On Sunday 22 February 2026, the Closing Ceremony of the Milano Cortina 2026 Olympics will be staged at the Arena. On 6 March it will host the Opening Ceremony of the Milano Cortina 2026 Paralympic Games.